The 13th century Greek traveler, Marco Polo described the Island as the ' Jade pendant of the Indian Ocean '. The abundance of
gemstones, spices, rainforests and wildlife; the magnificent beaches, ancient ruins and a written history of  over 2500 years make
this Island a tourist paradise.

The ruined cities of Anuradhapura and Polonnaruwa illustrate the glory of the ancient kingdoms. The gigantic Sthupas and Buddha statues are among the biggest man-made structures of the world. The massive reservoirs, built by the ancient kings to irrigate thousands of acres of land, are marvels of hydro engineering. There are eight UNESCO World Heritage Sites in Sri Lanka. 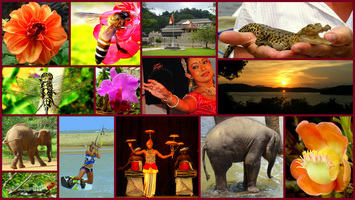